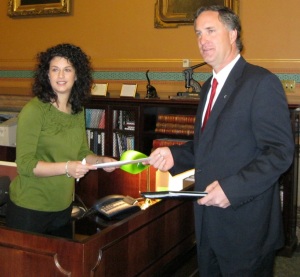 I became a candidate for House District 31 because I have watched the level of spending by our state’s legislature increase at an alarming rate and you and I both know that can not continue. I have managed our family farm for over 25 years and the key to the success of that operation is that we never spent more than we took in. I served nine years on the Monticello School Board, five as President. The Monticello School District is in a sound financial position because we never spent more than we received in funding.